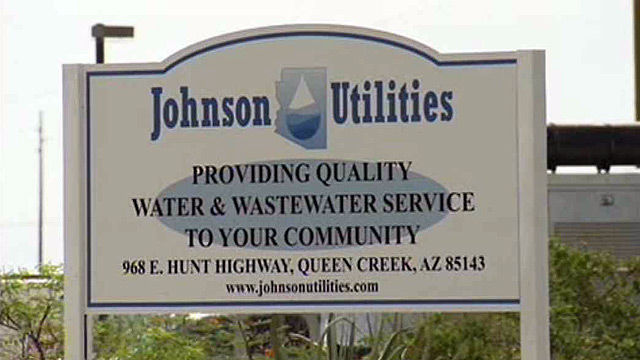 Johnson Utilities has applied for a permanent rate increase from the Arizona Corporation Commission. Fees for water service are expected to increase 23.62 percent, leaving customers with a water bill that would, on average, be about $36 per month. Currently, water users' bills average about $29 monthly.

For wastewater services, the increase would be 17.64 percent. According the the application, wastewater customers' bills would be slightly more than $48 per month, up from the current rate of about $41.

Johnson Utilities had increased fees during a test year that ended on June 30. The company now seeks to make the increases permanent.

According to the filing with the ACC, Johnson Utilities lost money over the year ending June 30. Records show the utility company reports needing an increase of $2.6 million in the water division and slightly more than $3 million in the wastewater operations.

At the same time, Johnson Utilities is seeking a decrease in the fees it pays to the Central Arizona Groundwater Replenishment District. Earlier this month commissioners tabled an item related to the CAGRD fees. ACC spokeswoman Holly Ward told PinalCentral commissioners will not hear the fee decrease apart from the rate increase and as such the item won't be voted upon any time soon.

The CAGRD, established by the state legislature, is a groundwater replenishment entity for its private utility members. According to the filing with the ACC, "it provides a mechanism for designated supply. The CAGRD ... serve(s) groundwater water providers such as Johnson to demonstrate a 100-year water supply. Members pay the CAGRD to replenish groundwater pumped by due member (that) exceeds the specified pumping limits."

The CAGRD is "an important tool in Arizona's groundwater conservation efforts," the filing says.

Before finalizing the consumer rate increase, Ward, the ACC spokeswoman, said the commission will hold a series of public meetings on the issue. The first day for meetings will be Feb. 20 at Pinal County Supervisor Mike Goodman's office, 33622 N. Mountain Vista Blvd., San Tan Valley.

Ward said commission staff will hear feedback on the proposed rate increase and also will want to hear public comment on any complaints with the water and wastewater company.

There was no time frame for when commissioners might hear the proposed rate increase.

Johnson Utilities has been embroiled in controversy for the better part of a year, with CEO George Johnson being indicted last spring, along with a former state regulatory agent, Gary Pierce, for bribery connected to a previous rate increase request. Pierce's wife, Sherry, and a former lobbyist, Jim Norton, also have been charged in the case. 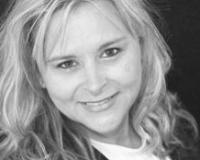 Sept. 19,2020Hard to imagine we are almost finished with 2020! What a year this one has been. BUT the one thing that has remained to be strong and steady is the housing market. Especially here in

The Kallhoff Team is super excited to announce that Trader Joe's is coming to the Queen Creek Marketplace. With the surrounding areas of Queen Creek and San Tan Valley growing, it is exciting to add

Wow can you believe 2018 is quickly coming to an end? The real estate market has been interesting this year in the East Valley. March thru July was insane with multiple offers, prices going up, and

Did You Know Home Warranties Are NOT Just For New Sales

Hello world,I know I have not been very good about blogging. BUT that is going to be changing, as well as we are (as a team) going to get better about videos to also share.  ANYWAYS........ I

By registering, you agree to our terms of use and that real estate professionals and lenders may call/text you about your inquiry, which may involve use of automated means and prerecorded/artificial voices. You don't need to consent as a condition of buying any property, goods or services. Messages/data rates may apply.